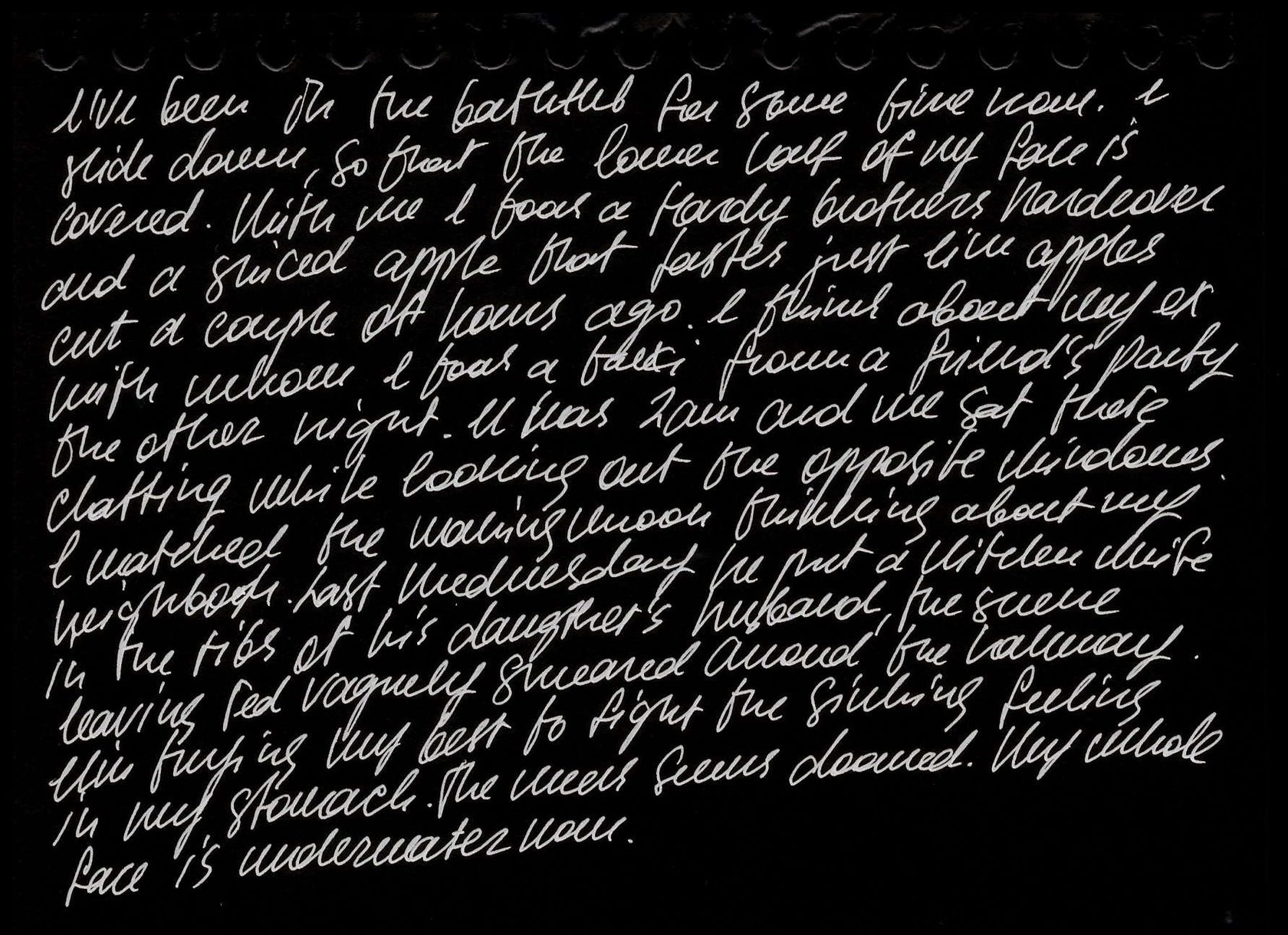 all evening i had a nasty stomach ache which i went to sleep still under. the dream that followed was set in the bedroom we occupied before the move, in a rental apartment down the block, by the shopping center. the very edges of my flowers wallpaper are soothingly off. my body is still on the rug at first, but then the electric clock buzzes 8pm — the whole day had passed. i know i am supposed to get up and get dressed — i'm going out that night. abruptly, everything shifts into a suburbs car chase, tutus all in blood and specks of shattered glass, me shaking hands with the grandmother of the boy i love. in other words, it was strange and unsettling, leaving behind unease, this odd third feeling; i was lost and in pain all the time. my belly had not stopped hurting by the time i woke up. it's 6am, the sky is grayish blue as i try to puke, and now my knees are shaking.


i've been in the bathtub for some time now. i slide down, so that the lower half of my face is covered. with me i took a Hardy brothers hardcover and a sliced apple that tastes just like apples cut a couple of hours ago. i think about my ex with whom i took a taxi from a friend's party the other night. it was 2am and we sat there chatting while looking out the opposite windows. i watched the leaving moon thinking about my neighbor. last Wednesday he put a kitchen knife in the ribs of his daughter's husband, the scene leaving red vaguely smeared around the hallway floor. i'm trying my best to fight the sinking feeling in my stomach. the week seems doomed. my whole face is underwater now.


upon exchanging dreams, it became clear that on the same night i was dying like some fucking Mario, in A's dream, in the back of a truck, she was about to return me the silver ring passed down in my family on the mother's side, the one i hastily left behind in her apartment last year. it fascinated me, again, how behind things even most intimate to us, there always seems to be a tiny door leading to communal experience. still, it was little after midnight, prime party time, so i was hiding out on the second floor. we never lived in the house properly; my dacha bedroom is real, real teenage girl vacuum. in 2010 i specificity asked for violet colored walls and a canopy bed of tulle. and so i'm there with my eyes closed. then, like a true clockwork that he is, another A. shows up, gently sliding on the bed beside me. we speak about nothing in particular for some time, and then, finally, shut up. it's almost idyllic, being in the dark & in silence, and i'm about to doze off when, with a sigh, he gets up to leave the room. now i can sense the hair on my arms stand up. 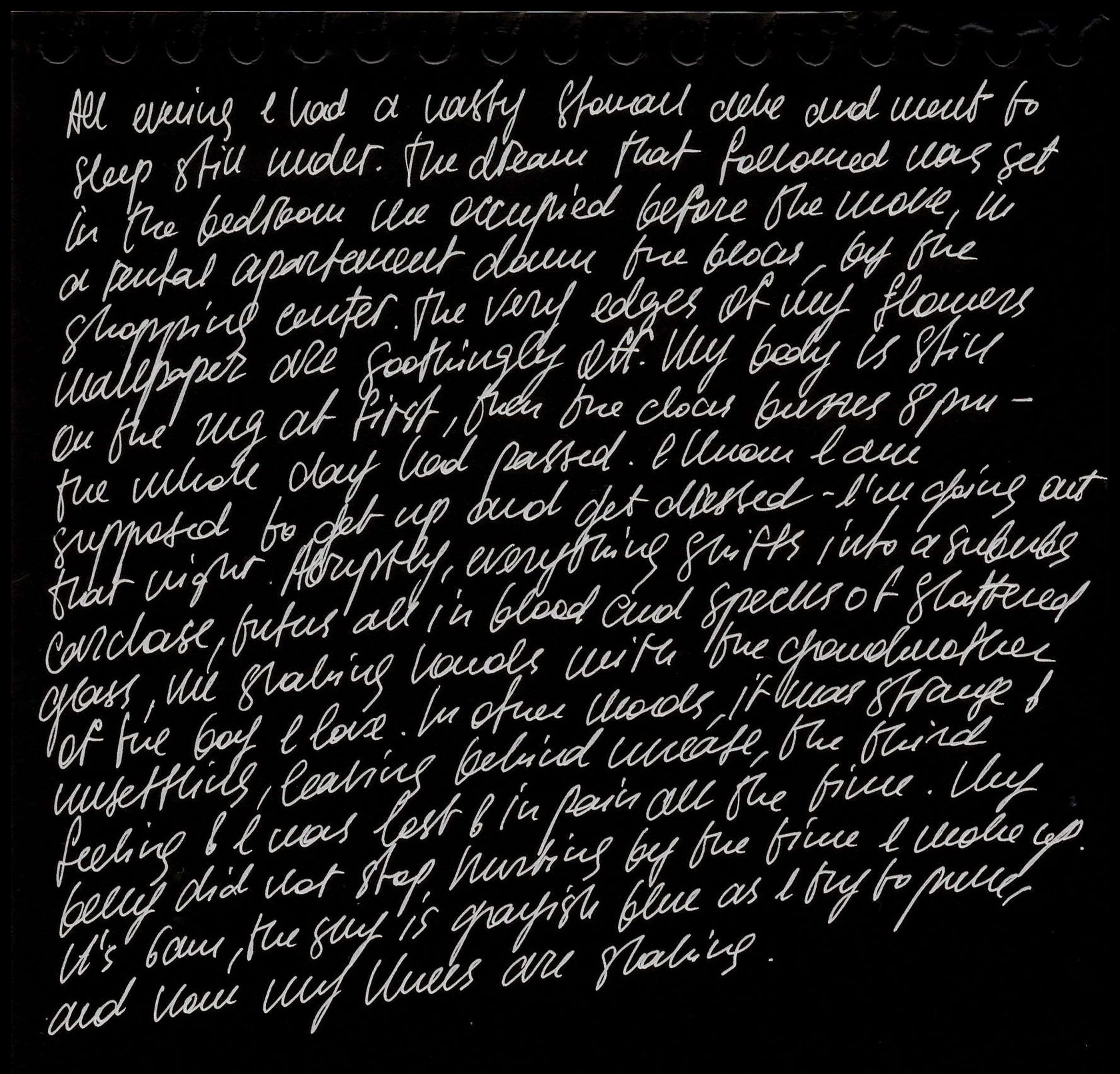